Shiva Productions was set up in 2011 by Aoibhinn Marie Gilroy. A team is put together for every project. If you would like to apply to join our team in the future email shivatheatre@gmail.com. 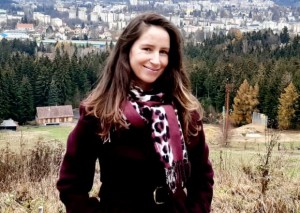 Aoibhinn trained as an actor at The Stanislavski Studio with the legendary Deirdre O’Connell and worked on most Focus Theatre Productions in various capacities between 1992-98. She has also worked with Bedrock Theatre Company, Gare St.Lazare Players (Paris) and Da Vinci Theatre Co. Aoibhinn graduated from The Drama Centre UCD in 2006 with an H.dip in Modern Drama & an M.A. in Directing Performance. In 2001 she set up the Black Actors Workshop Ireland, to address the lack of representation of black characters in Irish theatre, film and TV, and has facilitated drama workshops for asylum seekers in Mosney Accommodation Centre also.

For Shiva Productions Aoibhinn has directed and produced the following productions: the Irish premiere of Athol Fugard’s Blood Knot (Project Arts Centre, June 2011) and site-specific projects Break-time (Cinnamon Café, April 2013), Angels in the Park which has toured nationally and internationally, Meet Me in The Gardens (National Botanic Gardens, 2018), and The F Word (2020 and 2021). She also directed I Want to Know by Elizabeth Moynihan, a human rights play about FGM (Female Genital Mutilation), which was performed on the Abbey Theatre main stage on 19th November 2014.